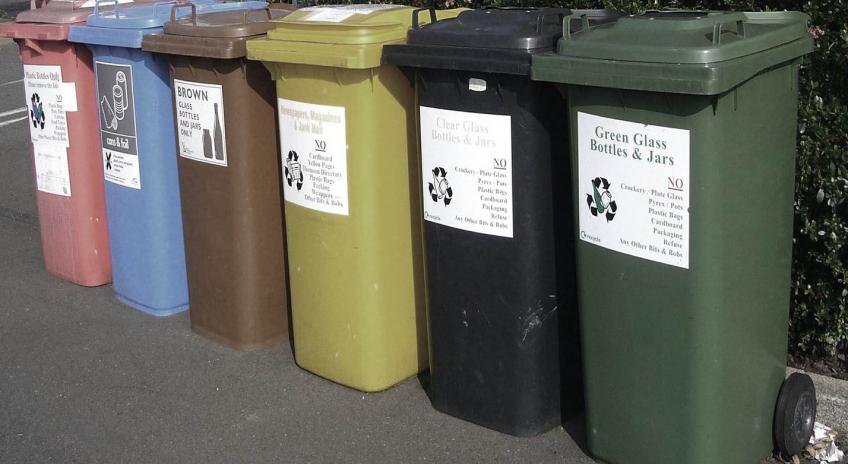 Business Would Benefit from a Joined-up UK Waste Policy.

Whilst it may not be a subject that interests everyone, what better time is there to talk about waste management (or ‘resource management’ as it is now often referred to following encouragement from the Scottish Government to move away from the term ‘waste’), than at the end of the festive season when, in our households across the nation, we will have produced our fair share of waste?

Amongst those of us who are involved, from a professional perspective, in the waste management sector, there has been a growing awareness of differing policy across UK borders with the Scottish Government seemingly determined to set an example introducing waste policies for others to follow. These policy developments and resulting regulations seek to address some of the most prevalent problems in the industry, including waste crime and the poor quality of recyclates but this compartmentalised approach is also impacting on the sector and the wider business community.

Carrier bag charges, for example, initially introduced in 2011 in Wales, 2013 in Northern Ireland and rolled out last year in Scotland have resulted in an 80 per cent reduction in the use of mainly plastic bags. Retailers have reported that the 5p charge has had a positive impact on both their businesses and customers. The success of the initiative will have eased the way for its introduction in England last October. Implementation of this policy across the UK is a welcome development, but there are still minor differences in how the regulations are applied in some jurisdictions.

Last October Scotland also put in place a stricter code of practice governing the sampling and reporting on materials recovery facilities (MRF) when compared to the one introduced in England and Wales in 2014. The legislation introduced a requirement on operators receiving more than 1,000 tonnes of dry recyclate to report on the quality of materials being processed. Whereas SEPA has taken a proactive and forceful approach to compliance, according to the UK recycling body WRAP, there has been a fairly slow take-up by operators south of the border, creating a variation in terms of the impact on businesses and local authorities which produce and dispose of recyclable materials.

Meanwhile, new enforcement measures are designed to bridge the current compliance gap between the use of warnings or statutory notices at the lower end of the scale and referral by SEPA of serious matters for criminal prosecution. A Scottish consultation on the matter ended last October and, although the results are yet to be published, a range of more flexible options, including the imposition of fixed and variable fines are being proposed to allow SEPA to take more proportionate action at an earlier stage. The intention is to encourage behavioural change amongst those who are carrying out regulated activities. At this stage the impact on businesses is not clear as it will depend on the approach taken by SEPA in using their new enforcement tools. There is the possibility that minor breaches, such as an outdated permit due for review, could result in a fine where that was not previously the case.

Unlike the intention behind the changes introduced in Scotland, the enforcement policy being introduced in early 2016 in England and Wales seems more focused on tackling waste crime and continuously poor performing operators rather than creating a level playing field for businesses. It’s still premature to say what the overall impact on business will be but there is a view across the industry that there will be more to come in terms of financial provision to ensure adequate resources are in place for all permitted sites for ultimate clean-up or decommissioning requirements. It certainly will require businesses to respond to significant changes around compliance, with the intensity of this likely to vary in different parts of the UK.

Recent developments suggest that there could be a move towards a more harmonised policy in dealing with waste and resource management. However, for the time being there are still notable differences between Scotland and its neighbours across the UK. For most businesses that operate cross-border this currently means that extra time and expense must be incurred to manage and ensure compliance with environmental regulation in all jurisdictions. On the basis that there is national recognition of the main issues plaguing those who deal with waste and resource management operations, a more joined-up approach from policy-makers and regulators alike would ultimately benefit business.

If you would like advice on anything contained in this article, contact me on 0131 625 9191 or via email: laura.tainsh@davidsonchalmers.com.

This article first appeared in The Scotsman published on 4th January 2016.

Disclaimer
The matter in this publication is based on our current understanding of the law. The information provides only an overview of the law in force at the date hereof and has been produced for general information purposes only. Professional advice should always be sought before taking any action in reliance of the information. Accordingly, Davidson Chalmers LLP does not take any responsibility for losses incurred by any person through acting or failing to act on the basis of anything contained in this publication.