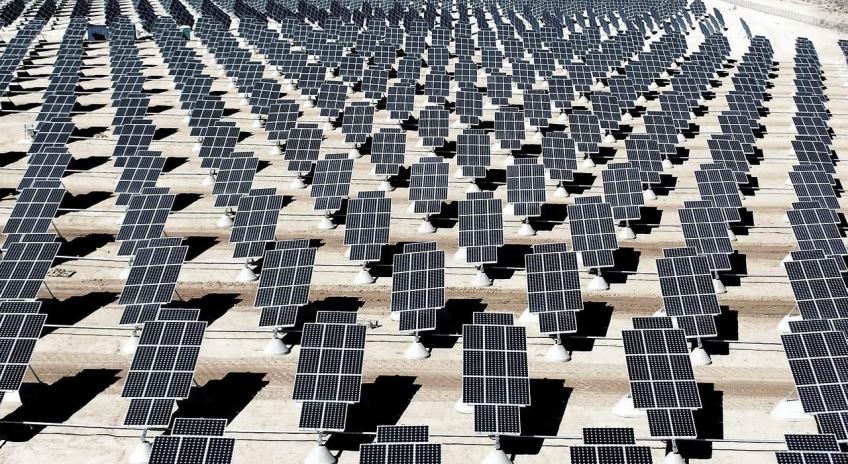 Renewable power: is it still worth the energy?

Last year’s announcement by the Westminster Government confirming a premature end to renewable energy subsidies for various technologies, including onshore wind and solar power, has cast a dark shadow over the future of sustainable electricity generation in the UK. Overall this decision amounts to an 87 per cent in subsidies which has led to a significant crisis, resulting in a number of renewables firms going bust and the loss of over 1,000 jobs within the solar energy sector alone.

Prior to the change of policy, the generous subsidies that were on offer gave landowners a real incentive to invest in renewables and/or made it possible for them to attract external finance.

This move has resulted in many schemes being mothballed as Renewable Obligation Contracts (ROCs) are no longer available, leading investors to look elsewhere to channel their finance. The Contract for Difference (CfD) successor support regime is markedly more complex presenting far more risk for those relying on it.  Effectively CfDs will be the preserve of large utility and infrastructure companies.

Feed in Tariffs (FiTs) which apply to smaller schemes have also been seriously impacted.

The Westminster Government’s rationale for reducing FiTs has been partly that take up of the allocated “pot” has significantly exceeded expectations and that future committed subsidies need constrained for budgetary reasons.

While those schemes which already benefitted from ROCs and FiTs will continue to receive them, many new projects – including those part way through the development process – no longer qualify.

Successive Governments have invested heavily, through providing subsidies, over several years in the growth of a renewable energy sector.  When at least two technologies – onshore wind and solar – were approaching subsidy-free viability it seems somewhat peculiar that Government should decide to cut support mechanisms now.

Meanwhile in other sectors of the energy industry we see the demise of coal fired power stations (Longannet is on the way out), a lack of new gas powered power stations, the planned decommissioning of existing nuclear power (albeit that Torness has a temporary stay of execution) and significant, and expensive, government subsidies for new nuclear power (e.g. Hinkley Point).  Government energy strategy can readily be characterised as confused.

Which leads to one massive question; have we reached the end of the road for renewable energy projects?

The short answer is that it all depends on the project’s nature.  Technically sound projects delivered through the right energy source may still be viable.  Although far fewer in number, there are developers and investors in the market geared to work in a no/low subsidy environment.

For those willing to look at a longer payback term some technologies such as hydro can still work.  Here in Scotland, much land is ideal for generating hydro power thanks to an abundance of watercourses, many of which flow strongly all year long.

Hydro’s capacity to generate electricity remains largely untapped. Future opportunities come from development of new, small scale schemes which are much less intrusive and contentious and can deliver far greater value for money. While this form of energy production could offer a great opportunity for land owners and local communities, there are challenges to be overcome, including the detailed design and construction risks associated with such schemes.

Solar PV is another area of investment potential. Many available solar technologies were already on the verge of viability prior to the subsidy cuts. Whilst payback may take longer there is still potential for good returns for such assets.

I am dealing with more hydro and Solar PV schemes than at any time in the renewables revolution.

More so than ever, it is now vital that upfront investment is made in any proposed renewable energy project to determine the scope to reduce costs and deliver profit.

Landowners with a significant requirement for heat and/or power can still also benefit from investment in renewables by reducing their reliance on the grid.   Put another way those who are able to use the heat and/or power they generate can use that energy instead of relying on exporting it to the grid.  The consequent effect of reduced electricity and heat bills can be very significant.

There may also be the opportunity to work in conjunction with communities in promoting joint schemes.  I am involved in various such ventures, particularly community hydro.  Some Government support remains for such schemes but applying for and securing that support can be a tortuous process.

Another major opportunity lies for landowners with existing operational schemes on their land.   Many operators are looking to ‘repower’ or replace existing turbines with more powerful ones which in turn can also enhance viability.  Many are also looking ahead to the day when an existing scheme or consent ends.  Will the country’s wind farms be decommissioned or will they be redesigned and reconsented?

I would advise those with existing renewables’ leases to start the long term planning process over what may happen at termination some years before the lease end.   That could take various avenues and involve negotiations with the operator for extended terms or result in the landowner seeking their own fresh planning.

Despite the unwelcome changes in Government policy, certain forms of renewable energy still offer a viable investment opportunity. Whilst electricity prices are currently on a downward trend I wonder how long that, and low oil prices, will continue; my hunch is we are talking a matter of months or at most two to three years.  It is telling that a number of the large utilities and infrastructure companies continue to invest in renewables, looking forward to a time in the near future when energy prices have risen and schemes are more viable.

This article first appeared in the April edition of Land Business Magazine.