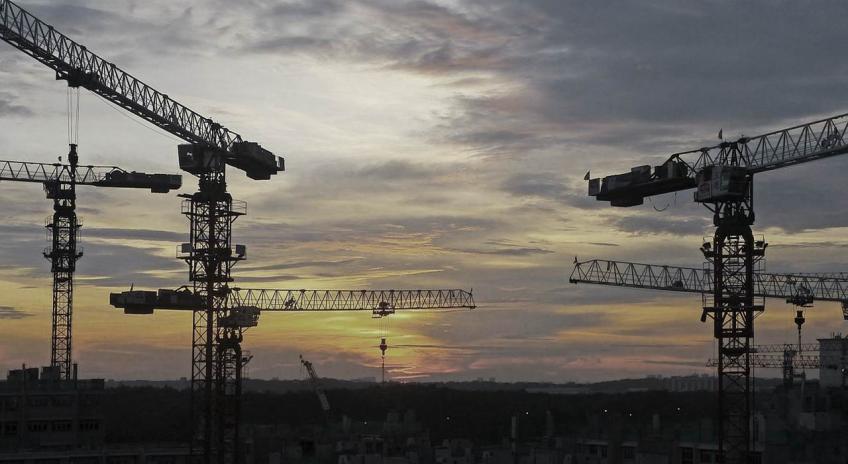 Fixed price contracts continue to be an attractive means of commissioning construction in the UK, particularly for large-scale public projects.  However, contractors ought to be more wary than ever of these types of contract, as the increasing pressure to be the lowest bidder in a competitive tender scenario and the impacts of Brexit magnify the risks involved in entering in to a contract for a fixed price.

A fixed-price contract is, as the name would suggest, a contract to be carried out for a fixed lump sum.  Although most construction contracts allow for compensation for variations or delays outwith the contractor’s control, the bigger the project, the less likely it is that these will benefit the contractor.  Following expensive mistakes like the Edinburgh Trams project, local authorities and governments awarding public contracts now wish to ensure the contractor has little to no opportunity to seek any further payment where unexpected matters arise in the course of construction.

As Galliford Try and now, more pertinently, Carillion, have found to their detriment, being the best, most competitive bid at closing of a tender may win high profile work but it does not always lead to profits.  In two of the largest, most high-profile infrastructure projects in recent Scottish history (the Queensferry Crossing and the Aberdeen Western Peripheral Route), the local authorities and the Scottish Government have won big by successfully placing the risk on the contractor to deliver the project on time and on budget.  Whilst that may be good for the public purse, it has been widely cited as one of the reasons for today’s collapse of Carillion and led Galliford to announce that it will no longer bid for major infrastructure projects given the extent of losses they have suffered.

Given the scale of these projects, unforeseen complexities can rarely be described as unforeseen; projects of this scope and size will always involve some degree of unforeseen complexity.  That will have no doubt been known to the contractor at the outset but clearly mistakes were made when trying to account for those, or to provide for those in the contract.  As today’s headlines will demonstrate, the cost of these mistakes can be enormous.  The collapse of Carillion is also just the tip of the iceberg; the knock-on effect to other, smaller contractors and sub-contractors will be disastrous.

The impacts of Brexit too, will be making contractors nervously check the terms of their contracts.  As the Pound has suffered a sustained fall against other major currencies, contractors in fixed price contracts may find themselves facing tighter margins, or even losses, as a result of increased material and labour costs  and inflationary pressures.  If the UK tumbles out of the EU with no deal in place and tariffs to pay for the import of goods, those margins will become unsustainable and more casualties in the industry will start to pile up.

The way to mitigate these losses is clear: contractors entering in to fixed price contracts can only do so where they are certain that they have done their sums before tendering.  It is not enough to put in a low bid in the hope of winning work only to discover some complexity in the carrying out of works.  These complexities must be budgeted for in the tender.  If work cannot be carried out for any lower amount, a tender should not be submitted for that amount.  Only in a market where contractors agree to avoid a race to the bottom can we hope to avoid another debacle like the one we see today with the collapse of Carillion.  Unfortunately, given the continued pressure on contractors to win work at any cost, that future seems to be a long way off.