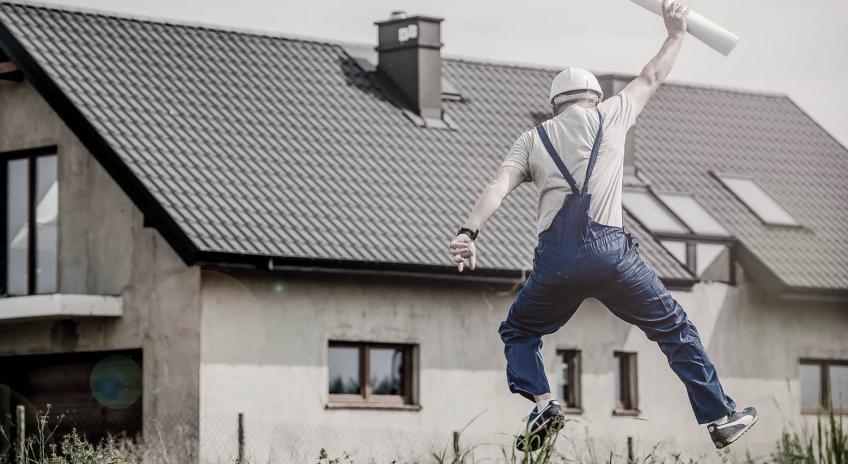 With so much attention focused on the EU Referendum for the last few months, many domestic matters have been side-lined but core issues, including Scotland’s housing crisis, are still very much with us.

Back in February, I argued on these pages that improving the planning system is widely recognised as a vital step in addressing the acute undersupply of new homes in Scotland. At that time the Scottish Government’s independent Planning Review Panel was conducting a ‘game changing’ review. After a three-month period of sifting through over 400 written responses and a large number of on-line comments, the panel has now issued a lengthy and comprehensive follow-up report entitled ‘Empowering Planning to Deliver Great Places,’. making 48 recommendations in all.

The significant recommendations include replacing strategic development plans with an enhanced national planning framework in order to simplify the development plan system to ensure it is done in a more orderly way.

The panel also recommended that the preparation process for local development plans, which councils produce to identify local needs and allocate sites, should be also be simplified and move to a 10 year, rather than the current  five year cycle.

Sites allocated in local development plans should be afforded ‘planning permission in principle,’ according to the panel’s report. It suggests they could be exempted from pre-application consultation requirements and could benefit from fast-tracked appeals. Conversely, where unallocated sites are proposed for development, a fuller consultation or mediation exercise could be required.

The report goes on to recommend how communities should be empowered to bring forward their own ‘local place plans’, along the lines of neighbourhood plans in England, to form part of the development plan on which community councils should be given a statutory right to be consulted.

Other proposals include substantially increasing planning fees on major applications; providing greater definition and consultation over national or regional infrastructure levies; establishing a development delivery infrastructure fund which could be partly resourced by a mechanism to capture land value uplift; and retaining section 75 planning obligations but minimising their use and streamlining the processes around them.

The report was issued with minimal publicity and, given its length and complexity, very little detailed comment has emerged so far. The Head of Planning at Homes for Scotland, the Scottish housebuilders’ trade body, has initially praised the report, calling it ‘a job well done’ and commenting that ‘the country’s builders have found much to encourage them in their efforts to address the chronic undersupply of housing.’ Homes for Scotland will make more detailed comments once their members have had the opportunity to fully consider the report.

While I also consider many of the recommendations to be positive, there are some areas which will cause concern to housebuilders. There is, for instance, a strong focus on improving community engagement. While it is not inevitable that this will result in delays to new housing developments - the UK Government has claimed that plans for housebuilding are more than 10 per cent higher in the first areas in England with a neighbourhood plan as opposed to those without -   these are notoriously unpopular with existing communities. Further, the enhanced status of sites allocated in local development plans may well result in more opposition during consideration of draft plans and more challenges of adopted plans.

Developers might well support the recommended significant increases in planning fees, if they were reserved for spending on improved planning services. Unfortunately, this is unlikely to be the case.

The reference to capturing ‘land value uplift’ to help pay for infrastructure is also a concern. Any form of tax or levy payable on the grant of planning permission could well result in fewer planning applications coming forward, discouraging development at a time when we need to do the opposite to deliver new housing in Scotland.

The Scottish Government must now consider not only which recommendations to adopt but how to bring them forward. As I highlighted in this column earlier this year, many of the reforms will need new legislation and that process is slow, generally taking three years or longer to get a new law on to the statute book and bring it into effect. In the meantime, John McNairney, the Scottish Government’s Chief Planner, remains committed to improving the operation of the existing planning system and it is hoped that some of the panel’s recommendations may be able to be adopted much more quickly.

It will be essential if we are to address Scotland’s current housing crisis.

This article first appeared in The Scotsman of 27th June 2016.