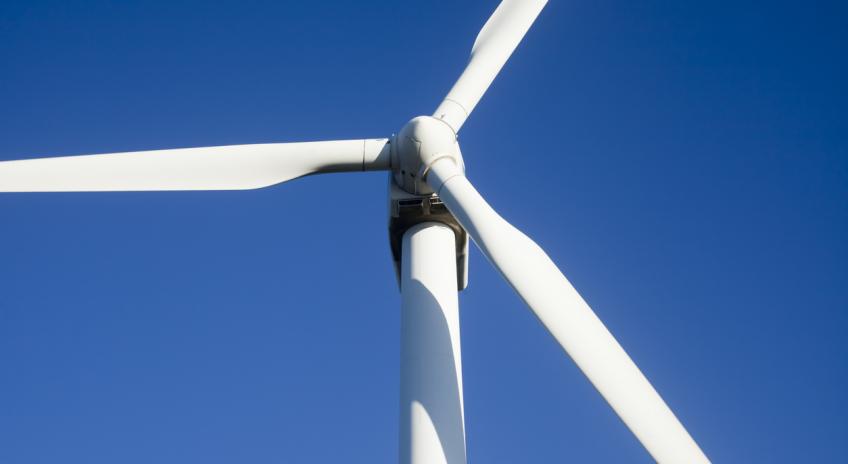 Over the past quarter of a century the onshore wind industry has grown from an eccentric diversion to a significant plank of the UK’s energy mix. It is a much more mature, and complex, industry than it was in the nineties and noughties.

The fiscal incentives which were provided to bring these nascent schemes into existence have changed in real and significant terms as technology has advanced, costs have gone down and regulators have become more sophisticated in their management of the consenting process. Some landowners – the “lucky ones” – have seen large swathes of previously worthless bog and moorland generating substantial returns.

These onshore wind schemes were typically consented with a 25 or 30 year operating phase plus construction periods and decommissioning phases. In the very early years turbines had a capacity of less than 1MW. In 2020 nominal capacities of the largest machines exceed 5MW.

Schemes which started in the nineties are now approaching the end of their consented lives. As we move through the twenties more and more schemes will approach the end of their planning consents and be faced with implementing the decommissioning requirements of those consents and related Section 75 Planning Agreements. One question for Landowners and Developers alike will be “what next?”.

Are we likely to see wind farms being decommissioned? Inevitably for some that will be the outcome. However, it seems reasonable to anticipate this is going to be the exception rather than the rule. Aside from anything wind farms are, for the moment, such an important part of our energy mix that largescale decommissioning would be unthinkable in the short term. The politicians cannot afford to allow them to be decommissioned.

So what will happen at the end of a wind farm’s consented lifetime? Some Landowners will actively want the wind farm removed. In those cases (probably a minority) they need to be clear what the lease provides about decommissioning, to be making sure now (whilst generation is still ongoing and money being earned by the owner from the scheme) that all decommissioning bonding is in place, and to actively take steps to ensure the owner of the scheme knows what is expected of them. A firm line must be taken.

However, in most cases it is likely to be in the interests of the Landowner to see the scheme continue. It is open to (literally) anyone to apply for either an extension of the existing consents or for an entirely new consent. The path of least resistance may well be to apply for an extension of the existing consent with a view to keeping the current turbines operating as long as possible. With marginal schemes which were formerly entirely dependent on government subsidy for their viability this may be the best way to ensure that they can continue to operate.

However, that misses the opportunity for introducing bigger, more efficient technology, for creating battery storage and for co-locating other technologies. It seems reasonable to expect that for some schemes this will be the most sensible solution. However, again this will involve entirely new consents as well as decommissioning of existing turbines, new construction works, accesses and grid connections and so on.

Whatever happens it will also, crucially, involve renegotiation of all land rights. Whilst some leases contain rights to extend for an additional 25 years these are in the minority. Furthermore, as soon as there is any departure from the original installation (and hence the land to be leased) or the alteration of any ancillary rights, there will be a need for that original lease to be amended. Where there is a wholescale redevelopment completely new legal contracts will be required both for the wind farm site itself and also for a range of other off-site works.

Increasingly Landowners will be approached by the current owners of schemes which are approaching the end of their original consented lifetime. This will rarely be the original Developer; the scheme may have changed hands on several occasions since it was first built. Such an approach represents an opportunity for the Landowner to renegotiate terms and to influence what future development may look like. Of course, it will also represent an opportunity for the owner of the scheme to renegotiate key terms to reflect its key commercial requirements.

Each site will be different and will bring with it issues which are specific to it. It’s essential that Landowners don’t just accept what is offered by owners of schemes but rather take advice from experienced land agents and solicitors. In fact, rather than being reactive to approaches from owners of schemes (which may not come until relatively late in the day), prudent Landowners will take the initiative and assess strategically what they want to happen.

Lastly, one added benefit of the redevelopment of schemes is that, because turbines, blades and masts are now markedly larger than was the case when the scheme was originally consented, additional off-site rights may also be required whether from the Landowner where the wind farm is located or from other Landowners in the vicinity. This represents significant opportunity for Landowners generally including those who may not have benefited in the past.

At Davidson Chalmers Stewart we bring a dedicated, experienced, commercial approach to Renewable Energy projects. Our specialist Renewables Team includes specialists in energy law, property law, environmental law, planning law and corporate law. We understand the needs and aspirations of Landowners, their financial drivers and how to extract maximum value from renewable energy projects for their benefit. For a free initial consultation call Partner, Andy Drane, on 0131 625 9049 or e-mail andy.drane@dcslegal.com.